Pittsburgh is a progressive city, but I’m still waiting for it to be pro-Black 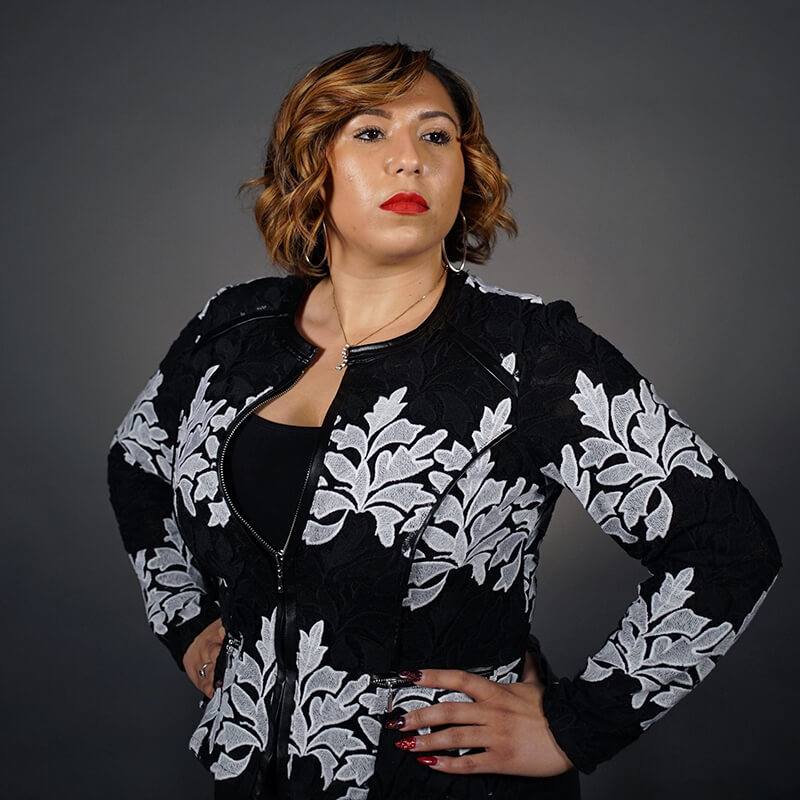 I was raised in a multigenerational home that sat right on the border of Pittsburgh and Wilkinsburg. Growing up, I spent most of my time in the city. I attended school, took dance lessons, shopped, ate and played sports there. I love Pittsburgh. I love the small-town feel we enjoy while still having access to the amenities of a larger city. In particular, I relish the fact that Pittsburgh doesn’t have six degrees of separation; we have one or two. It’s more of an anomaly to meet someone and not have a friend, acquaintance or relative in common than it is to meet a real stranger.

However, as with many Black young adults, as soon as I graduated college, I left Pittsburgh. I left Pittsburgh for many reasons, including law school and family, but mostly for better opportunities for myself as a young Black woman. And yet in 2015, I returned heavily influenced by growing social justice movements in this country. Specifically, the Black Lives Matter movement was formed while I was in law school. Witnessing that development through a legal lens, I recognized how important it was for lawyers with a passion for social justice to engage directly in politics and activism and dedicate their careers to making our communities a better place for those who are most marginalized.

After graduating from law school, I struggled between the two souls of mine — the one that had always planned to work in the corporate sector versus the growing outspoken activist that had a passion for politics and people. While I was working in the D.C. area, a friend of mine who was still living in Pittsburgh sent me Damon Young’s article, “Why I stayed.” As Young articulates in the article, Pittsburgh is “the single Whitest major metropolitan area in the country.” Also, much like Young, “I’ve seen multiple peers and friends...leave.” I had, in fact, left. I started having conversations with my remaining friends and family in the city about how this multigenerational, deeply ingrained identity of Pittsburgh was ever going to change if no Black people stayed in the city. Two months later, I made the decision to move back to Pittsburgh with no job and to dedicate my career to changing that identity. 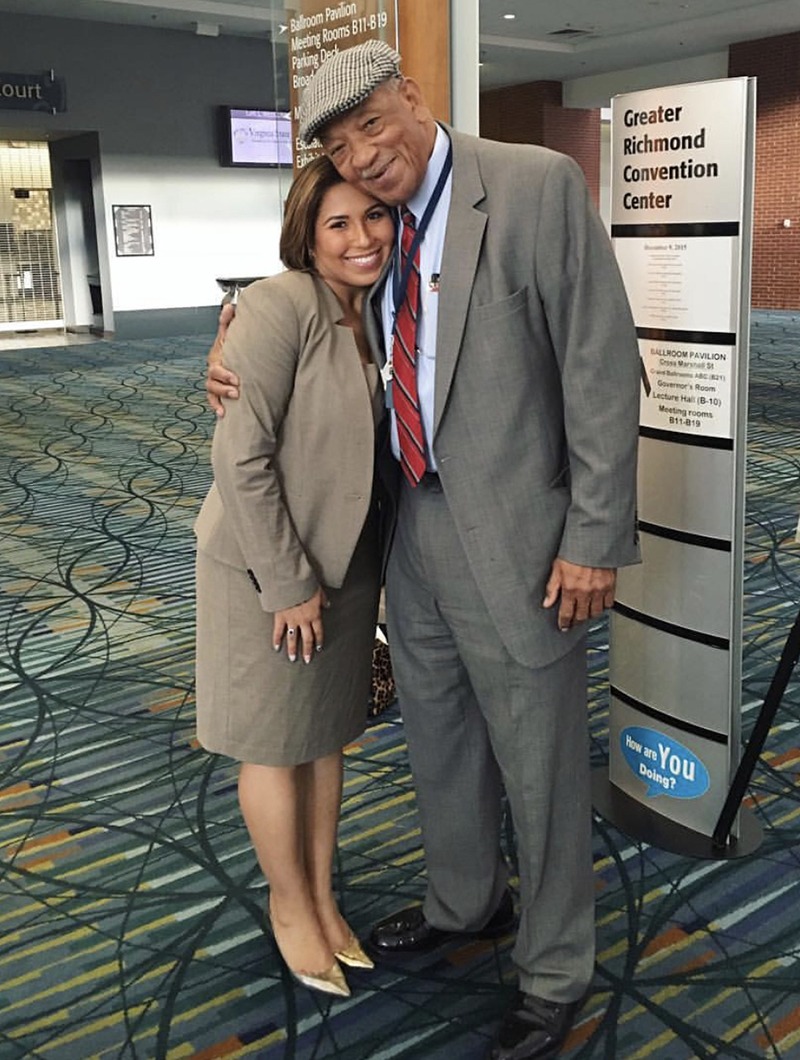 A core component of Pittsburgh’s identity is also that it is a city of progress. Pittsburgh came back from the brink of collapse after the decline of the steel industry to become the city of “Eds and Meds,” a feat other Rust Belt cities have not been as successful in achieving. We have bike lanes, green infrastructure, ordinances and resolutions to protect immigrants as the result of a growing Latino population, and we are a burgeoning tech hub. Twenty-first century Pittsburgh has all the hallmarks of progressivism.

And yet, many of the metrics for Black residents, from median income to mass incarceration to public school suspension rates (among others), provide evidence of substantial racial disparities — with numerous statistics worse than national averages. For example:

With the status of Pittsburgh as a progressive Rust Belt success story, what is going on that Black Pittsburgh, on a systemic level, isn’t reaping the benefits from Pittsburgh’s boom? I posit, that despite Pittsburgh being a progressive city, it is not pro-Black. Being progressive and being pro-Black are not mutually inclusive ideologies. Progressivism advocates progress and social reform, including advances in economic development, science, technology and the rights and opportunities of individuals. This is a relatively simplified, but generally accepted definition. Alternatively, if you ask 10 different Black people what it means to be pro-Black, you may get 10 different answers. However, the common thread will be a desire to uplift Black people and advance our economic, mental, physical and spiritual growth. Being progressive, therefore, doesn’t necessarily mean you are pro-Black.

As a city, being pro-Black
would mean making
intentional, concerted,
targeted and large-scale
investments in
Black communities.

Bike lanes and growing new industries, for example, are progressive, but don’t necessarily uplift or advance Black communities. In fact, most bike lanes in the city have occurred in tandem with gentrification of an area. For examples, see the neighborhood formerly known as East Liberty, one of two gentrifying predominantly Black neighborhoods to have bike lane construction. The North Side also recently got new bike lanes that Mayor Bill Peduto said “will further enhance the ongoing transformation … and development.” In our economic discourse, we continue to hold conversations about how Black people are getting left out of Pittsburgh’s economic rebirth and blossoming new markets. Both are examples of progress in the city that leaves Black communities relatively unaffected on a measurable level.

As a city, being pro-Black would mean making intentional, concerted, targeted and large-scale investments in Black communities. It would mean adopting equity before equality. Equality says, from this day forward we are going to give everybody the same, same rights, same opportunities, same application of the law, etc., while ignoring the impact of hundreds of years of inequality. Not to mention that despite passing legislation to codify equality in the 1960s, we have yet to achieve it. Equity recognizes that Black people have been systematically oppressed in this country for more than 350 years, starting with slavery through sharecropping, Jim Crow laws, segregation, redlining, voting rights suppression, the school-to-prison pipeline, mortgage and auto loan discrimination, the War on Drugs and mass incarceration, many of which continue on today. Equity lays the foundation for equality by specifically targeting and investing in those who have been disadvantaged in order to make them whole. Ultimately, equality before equity is insufficient.

Pittsburgh is in no way exempt from the systemic and institutionalized racism practices that have plagued the United States. In fact, Pittsburgh is known for being one of the most segregated cities in the United States. According to a study published in 2011 by John R. Logan (Brown University) and Brian J. Stults (Florida State University), Pittsburgh is the 19th most segregated city in the country out of the top 50 metro areas with the largest Black populations, earning a score of 63.1 on the Black-White dissimilarity index. Dissimilarity captures the degree to which two groups are evenly spread among census tracts in a given city. Anything over 60 is considered very high or extreme segregation. The extreme segregation in Pittsburgh is a result from redlining, a systemic and institutionally racist practice implemented by the federal government in the 1930s. The neighborhoods in Pittsburgh that today have the largest Black populations are the same neighborhoods that were outlined in red or yellow 80 years ago, designating them as low quality and poor value. As a result of a red or yellow designation, individuals residing in these neighborhoods didn’t qualify for federal or private bank mortgage lending. This lack of mortgage financing over generations has led to concentrations of poverty, population loss, poor public schools (dependent on funding from the local tax base) and a small diffuse Black middle class. All of these factors have made it hard to attract and retain Black talent.

Where do we go from here? We achieve systemic change by adopting policies that are specifically targeted at remediating the disinvestment from Black communities and the inequality Black people face. This is policy both at the legislative level and the internal policies of anchor institutions in the region. A critical component of that policy change is power sharing, meaning more Black people in positions of real decision-making authority. One can certainly check off their diversity and inclusion boxes if they hire or appoint Black people to jobs and positions, but just hiring Black people isn’t effecting the systemic change we need. Black people are disproportionately underrepresented in positions of power in Pittsburgh. For example, in Pittsburgh Magazine’s 50 Most Powerful People, only four of the 50 were Black. In a city where 25 percent of the population is Black, only 8 percent of the most powerful people listed were Black. One of the most telling indicators of a lack of power sharing with the Black community in Pittsburgh is that we have yet to have a Black mayor, a fact that distinguishes Pittsburgh from every major metro region within 400 miles.

In all honesty, though, I am tired of having panels, committees, articles and conversations around the problem and even solutions. We can all continue to think of more academic or profound ways to discuss problems and solutions, but what we need is implementation of solutions with fidelity and intention. Nothing I have said here is revolutionary or beyond our capabilities as a city. These actions are tangible, concrete and achievable. However, we must have the political and organizational leadership from elected officials to foundation leaders to nonprofits to anchor institutions and beyond that have the courage and the will to commit to undertaking this restructuring. 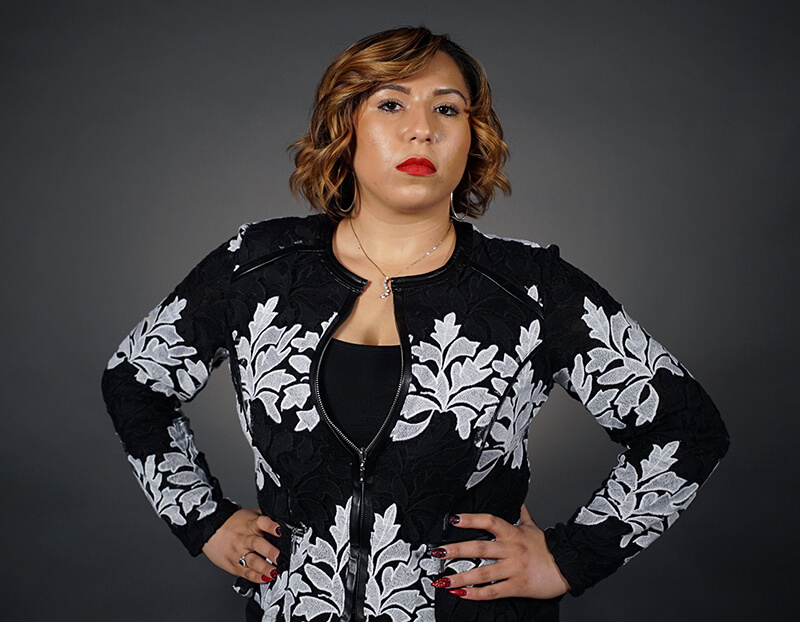 On Friday, Oct. 20, I attended the last public appearance of Harry Belafonte, a Black singer, actor and social activist at the Carnegie Museum of Art. One of the many things he said that struck me was, “There is an aspect to this nation that is great. It is not the nation that is great.”

I think that is applicable not only to the nation, but to Pittsburgh as well. There is an aspect, even many aspects, to Pittsburgh that are great. Some of them are the things that brought me back to Pittsburgh, but Pittsburgh as a city is not yet great. We can't be great or the most livable city or any other moniker the next trendy publication decides to label us while we leave almost 25 percent of our population behind. I believe we can not just be a great city, but an amazing city. In order to do so, we are going to have to dig deep and ask ourselves if we are willing and ready to make the necessary changes. Adopting a pro-Black ideology is necessary if we are to ever truly reach our ideal of equality in Pittsburgh and in the rest of this country. To rectify hundreds of years of divestment, inequality and intentional policies that have created barriers for Black people, we have to make direct policies that target and undo those harms. If we really want to see change in Pittsburgh, tangible measurable change, it’s not enough to be progressive; we have to have a specific concentration on our Black communities.


Felicity Williams is a lawyer and advocate in Pittsburgh. She can be reached at williamsfa89@gmail.com