Your race is part of your identity and will more often than not shape how you experience life in America, in Pittsburgh, in your neighborhood, your workplace and beyond. The Census Bureau gathers racial demographic information to understand the American population and experience. The numbers collected tell a story.

Below, you’ll see we have put several indicators of economic status by race. We represent white, black, Asian and Latino in the graphics because they are the largest groups in Pittsburgh. We have not displayed the city’s multiracial population because — although more than 3 percent of people in Pittsburgh identify as multiracial and that population is growing — the subgroups are likely to be perceived drastically different from one another. We will include what we know about the multiracial group as a whole in notes under each graphic. 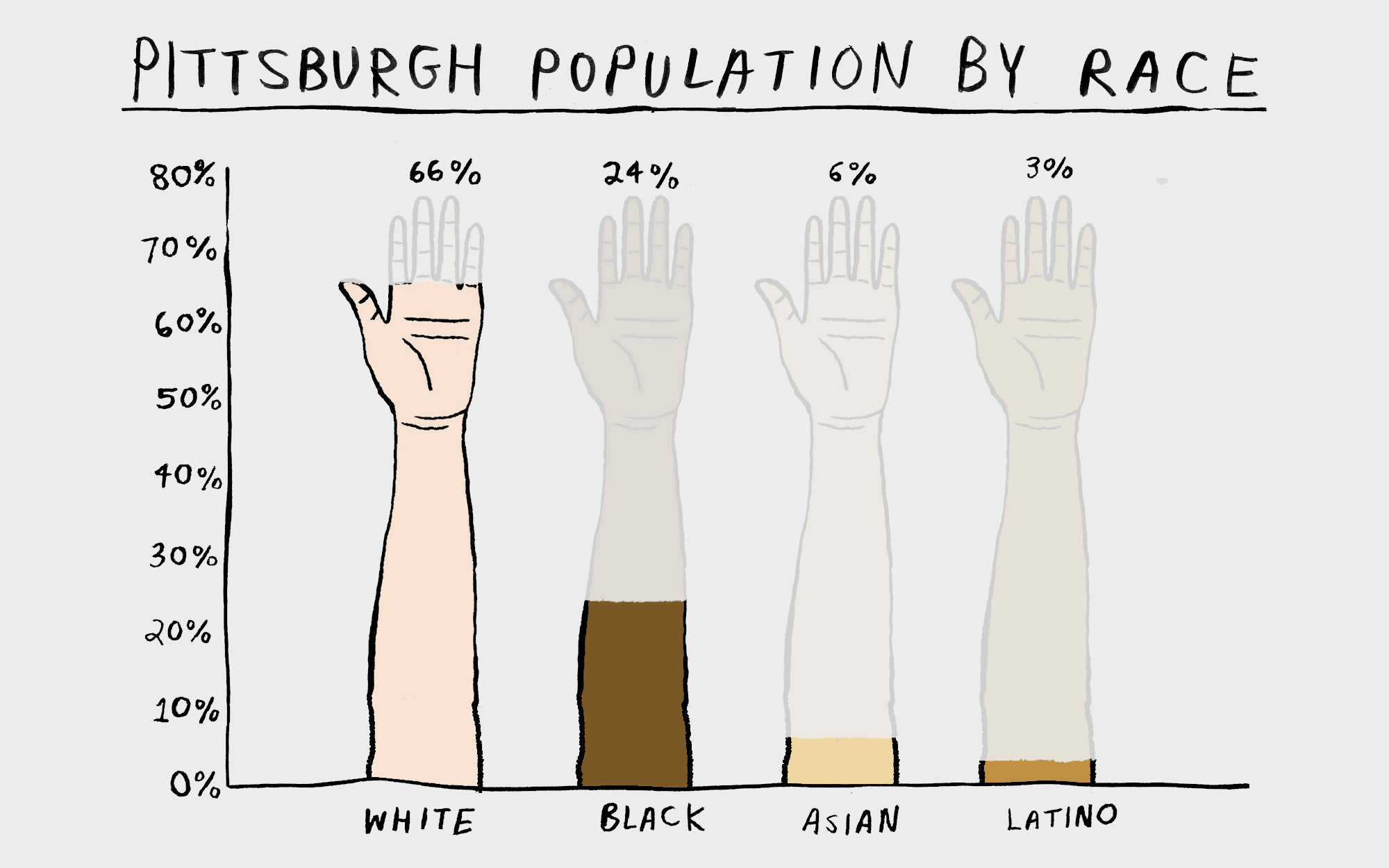 People who identify as multiracial comprise 3.2% of Pittsburgh’s population; roughly 40% of the multiracial population is black and white.

Percentages displayed do not equal 100 percent due to rounding and other races.

(Dear readers, we understand that people’s skin tones vary widely. In the interest of providing you an understandable graphic, we felt this was the best way to depict it versus using non-human colors. If you have any questions or concerns, reach out to halle@publicsource.org.) 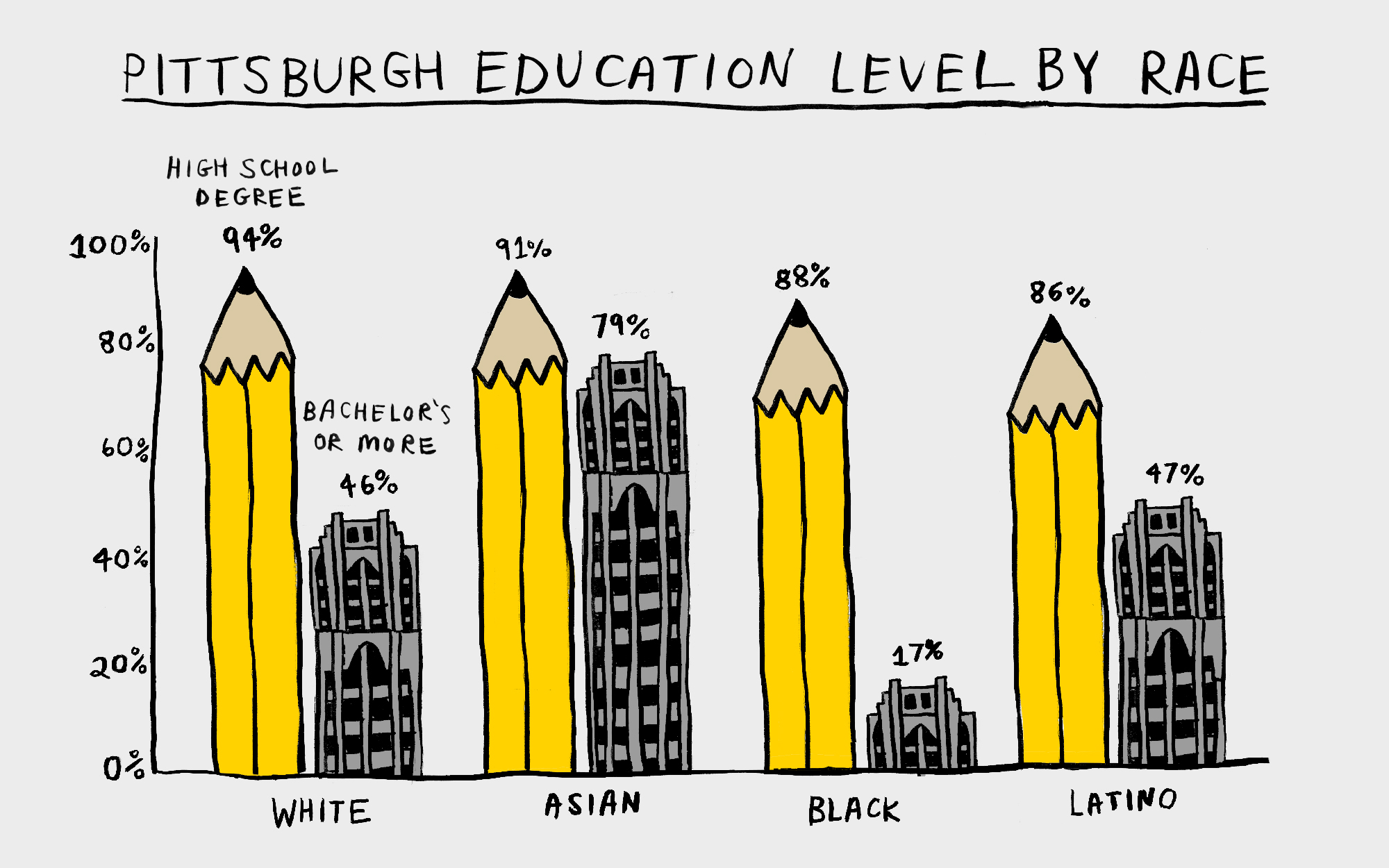 Nearly 92% of Pittsburgh’s multiracial population have high school diplomas while 35% have earned a bachelor’s degree or higher. 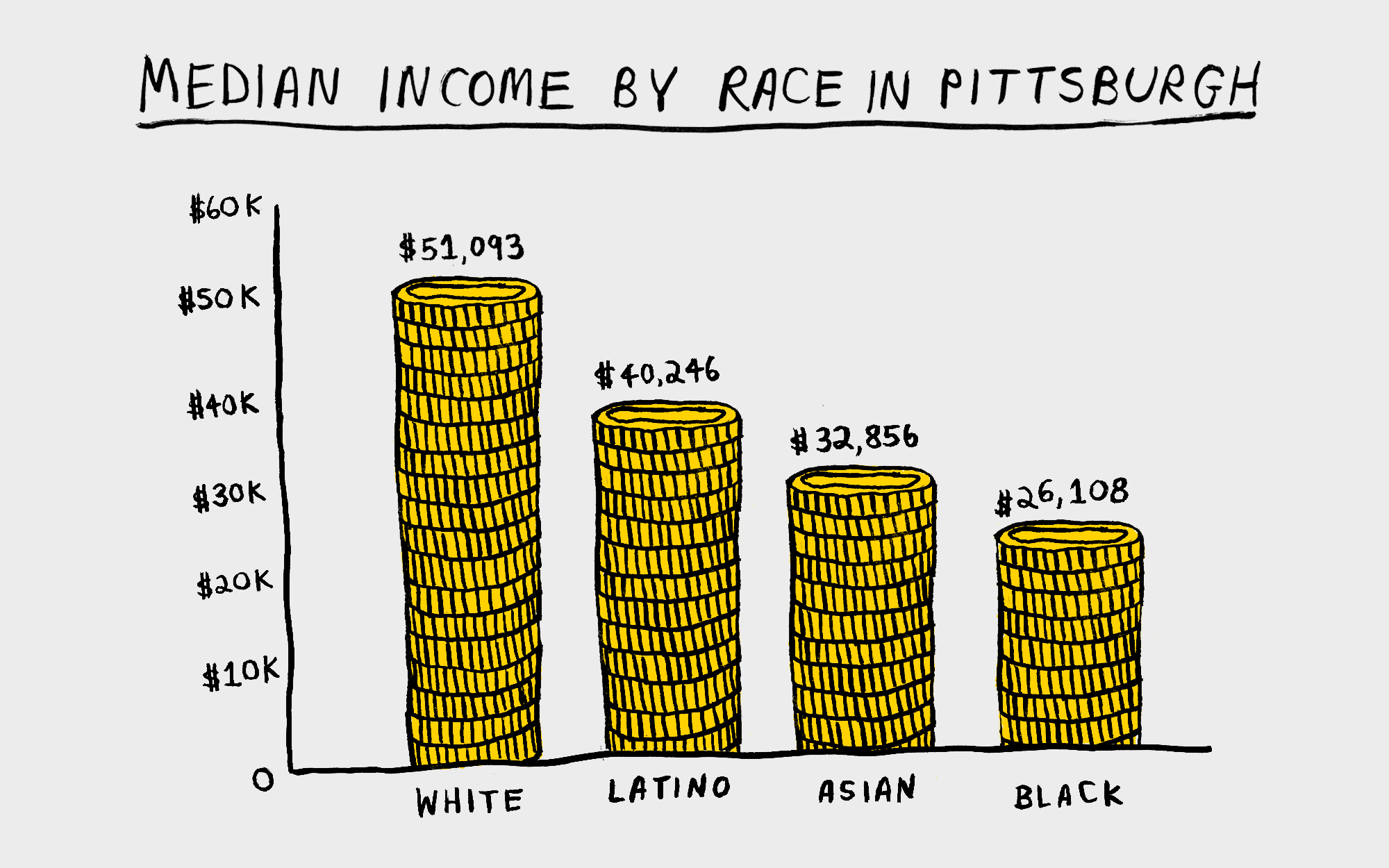 The median income for people who identify as multiracial is $31,218.

It is important to note that these numbers also include students and short-term residents, whose status can influence the numbers. 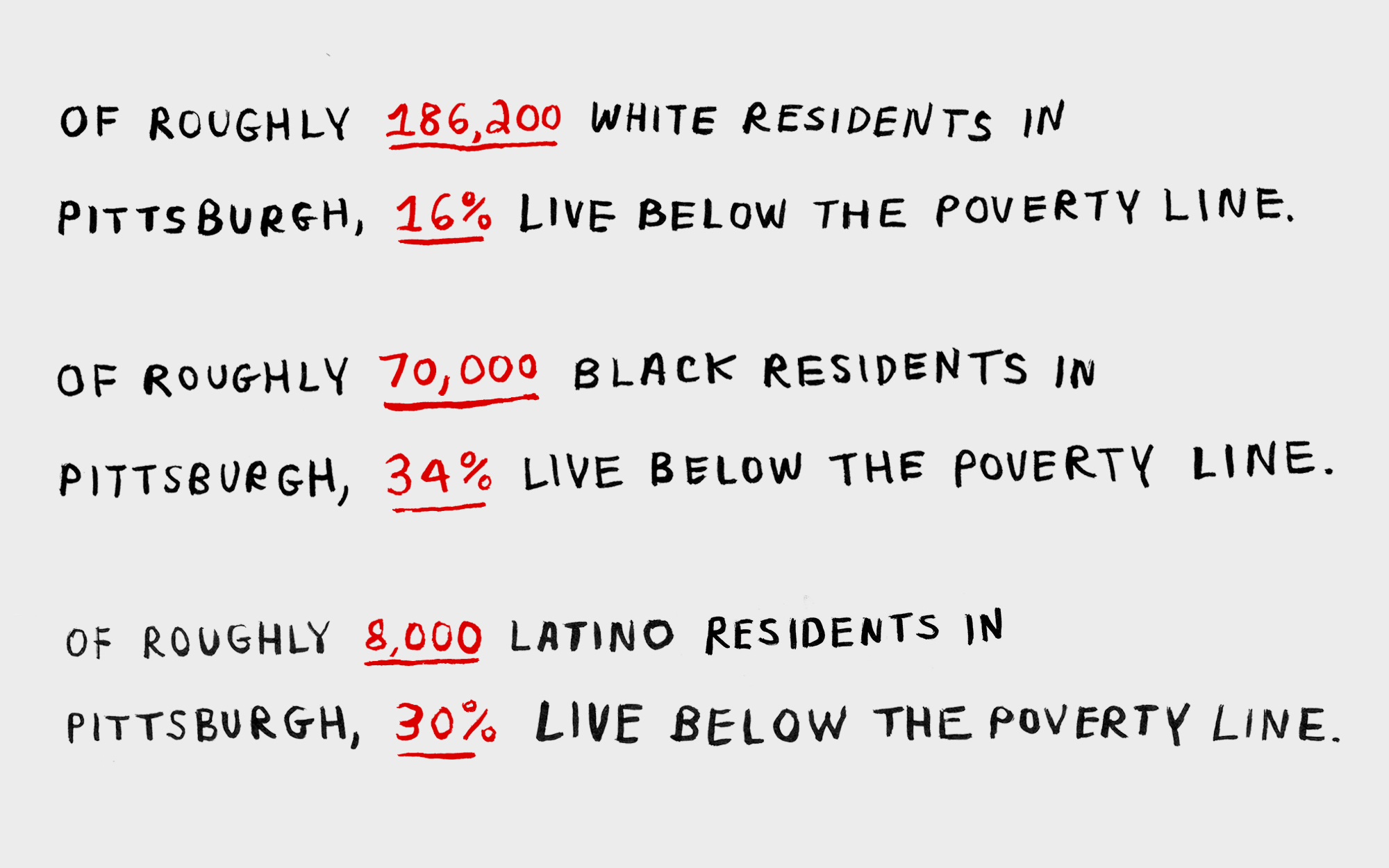 The poverty rate for Pittsburgh’s multiracial population is reported at nearly 37%.

The poverty rate for Asians in Pittsburgh is reported to be 34 percent; however, the census warns of the effect of off-campus college students on poverty rates. More than half of the Asian population in Pittsburgh is enrolled in school (K-12, undergraduate or graduate school).

The numbers reflected above include residents with a known poverty status. 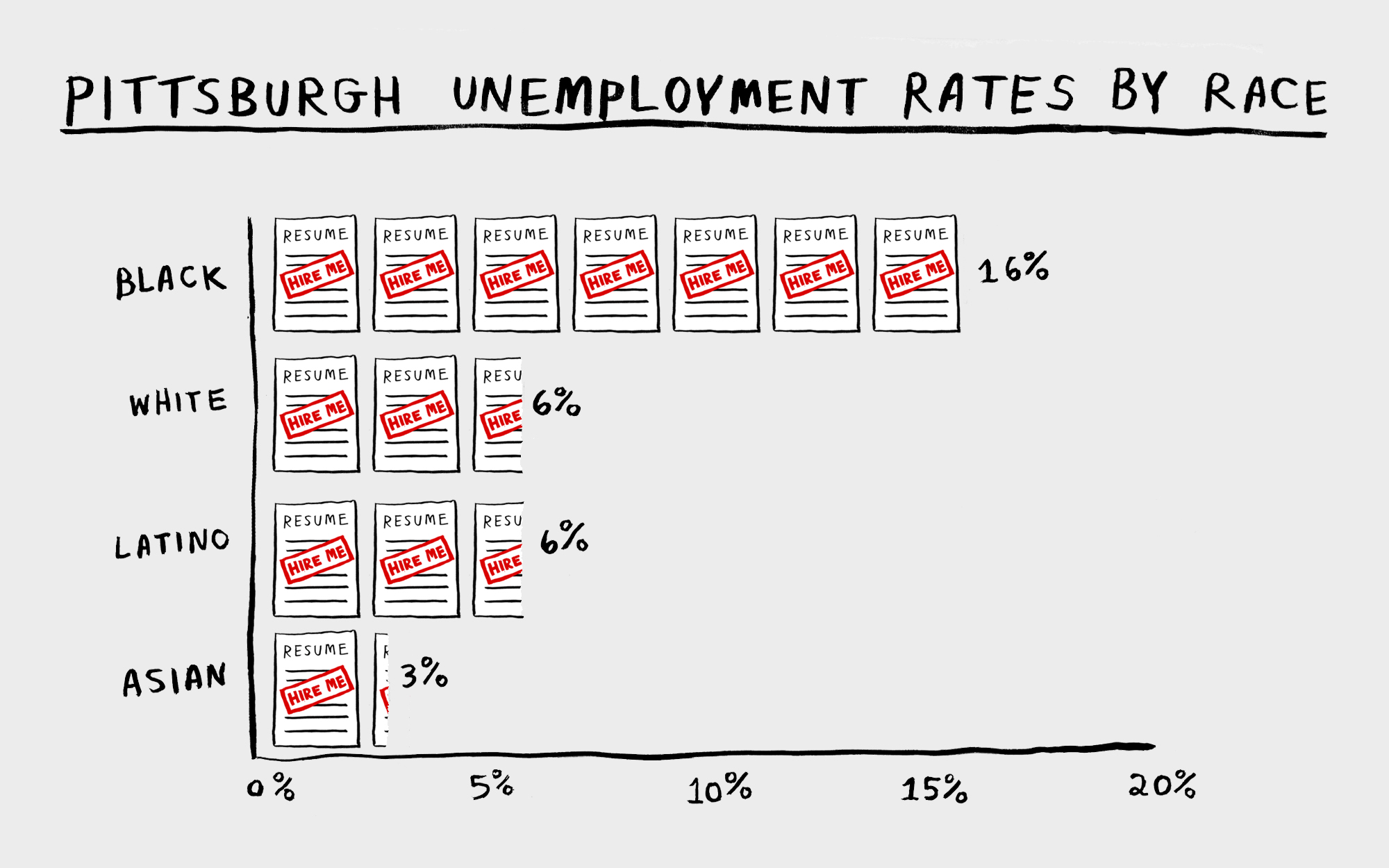 The unemployment rate for Pittsburgh’s multiracial population is 11 percent.

Unemployment rates do not include the number of discouraged workers (those who unsuccessfully searched for a job and stopped), people who are underemployed or people who cannot work. 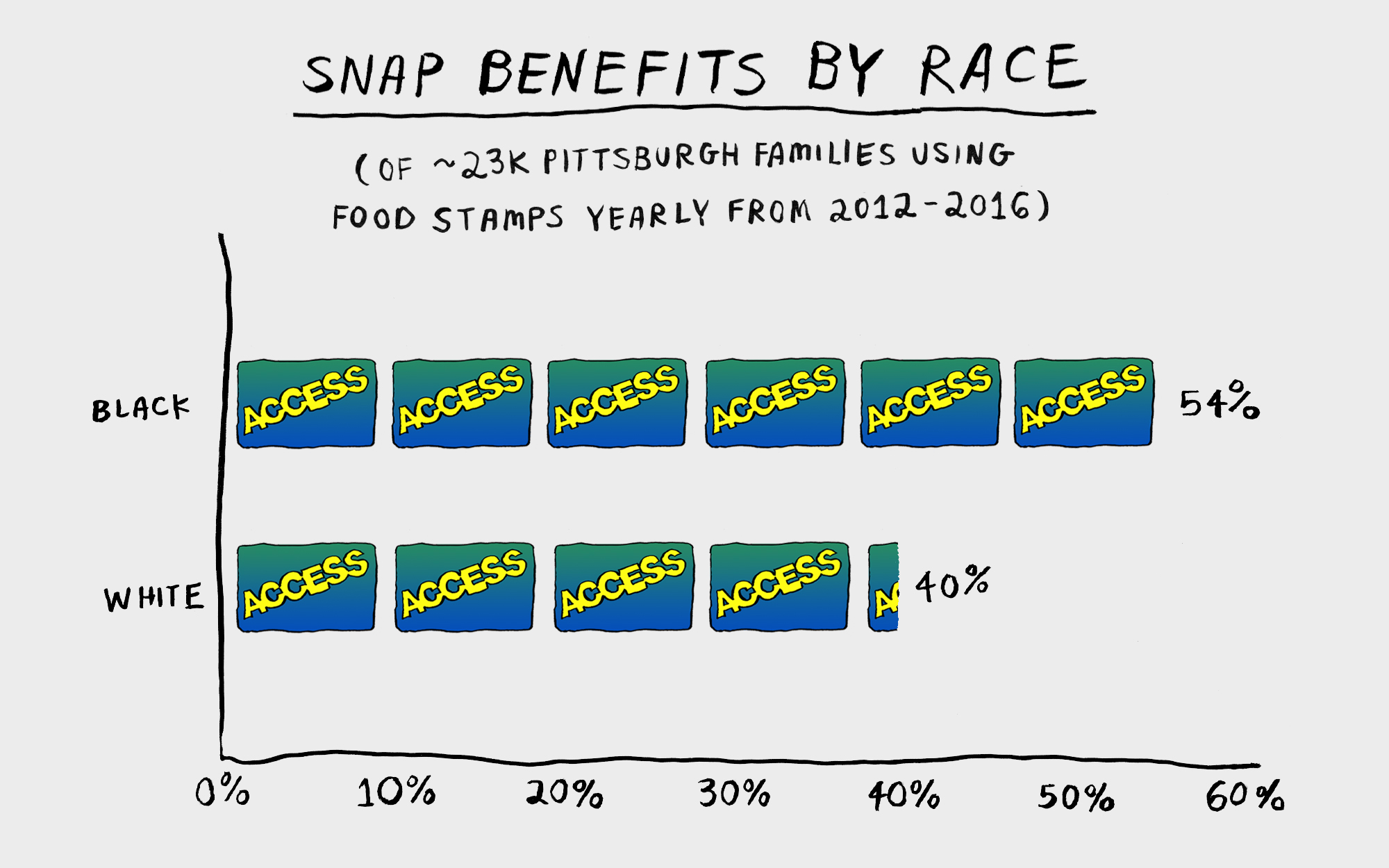 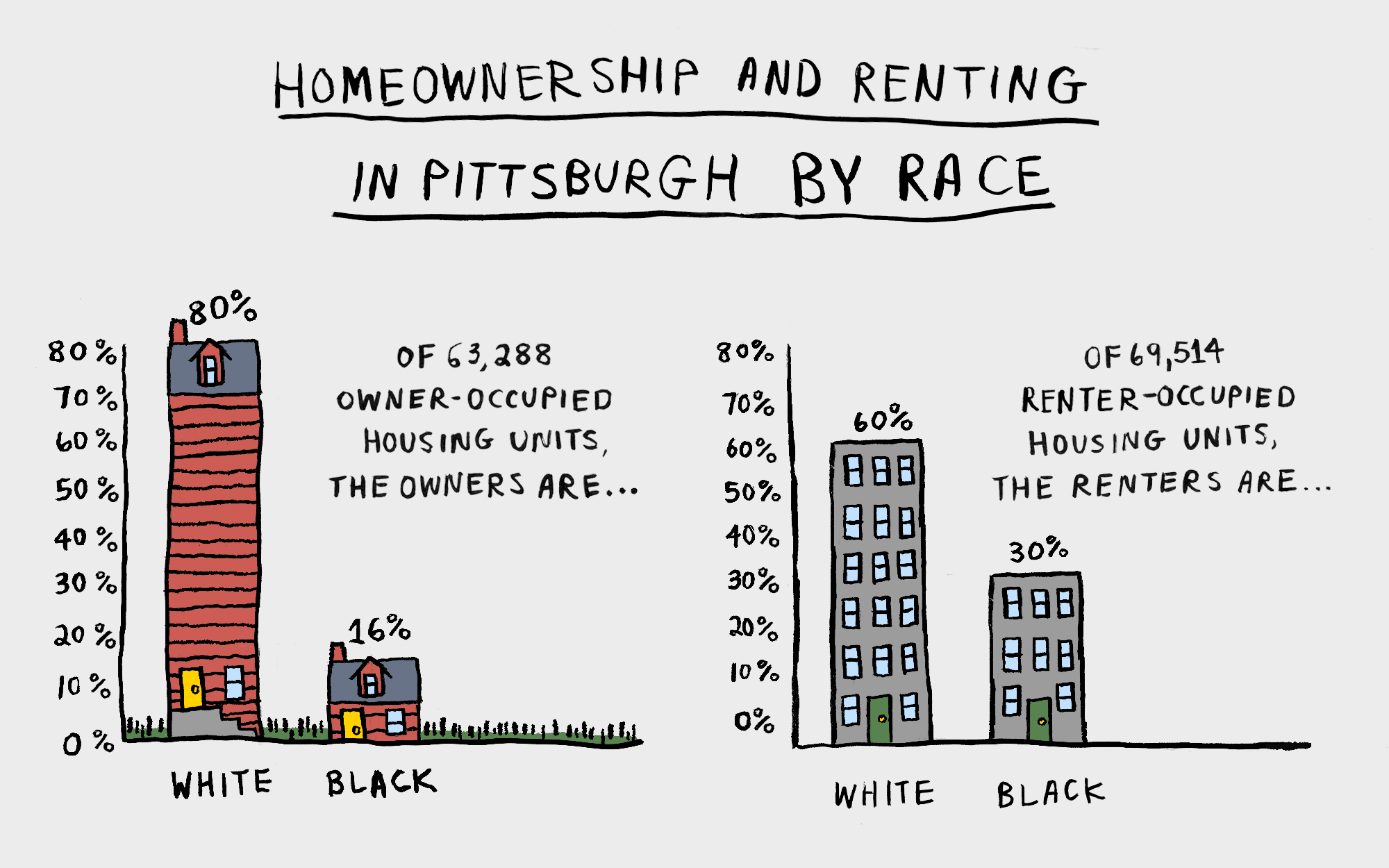