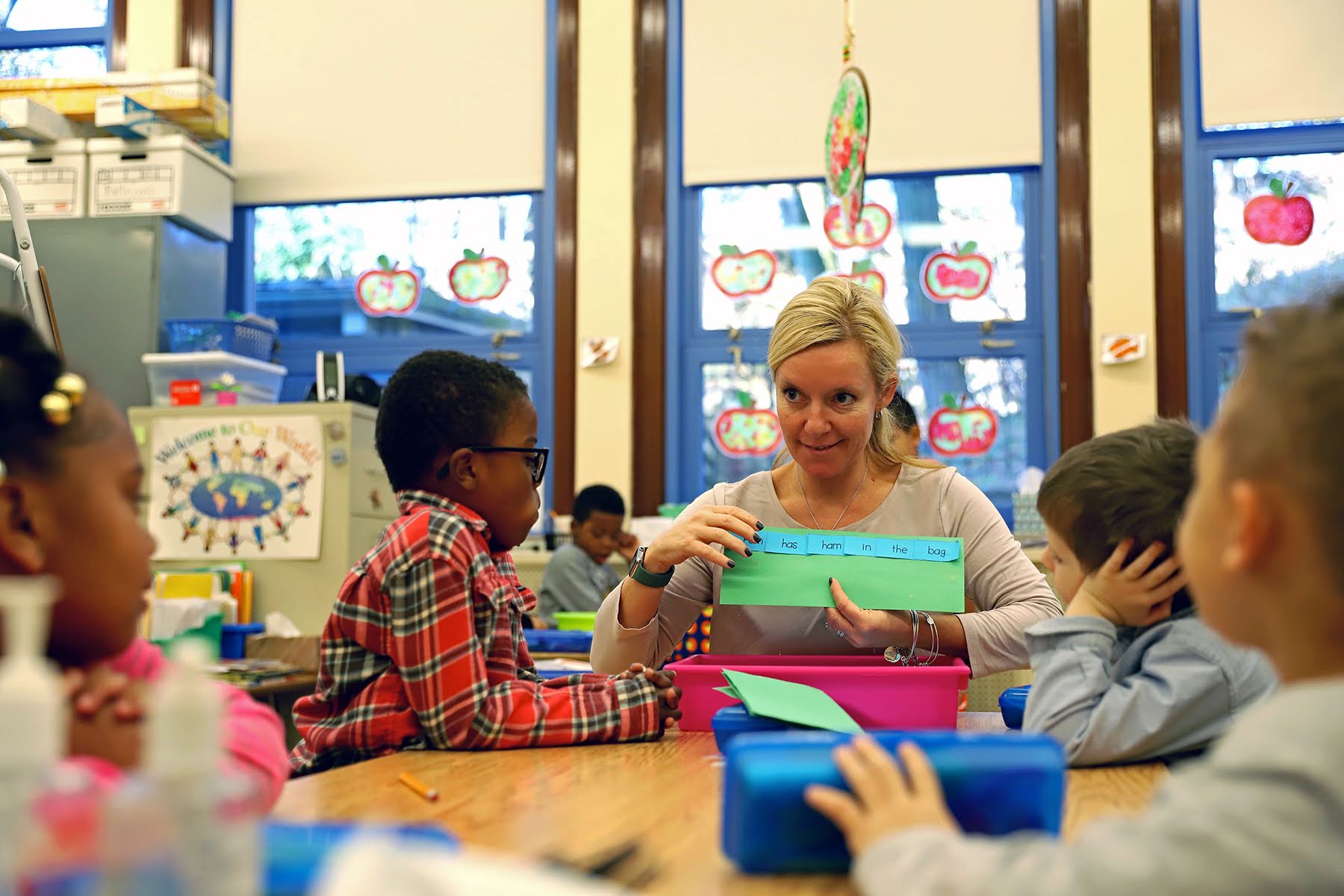 Kathie Bellisario, a first-grade grade teacher at Pittsburgh Beechwood PreK-5, interacts with her class during their morning activities. (Photo by Jay Manning/PublicSource)

Kathie Bellisario, a first-grade grade teacher at Pittsburgh Beechwood PreK-5, interacts with her class during their morning activities. (Photo by Jay Manning/PublicSource)

The Pittsburgh Study will follow up to 25,000 children for nearly two decades to track health, educational outcomes

The longitudinal study is a major undertaking that aims to identify opportunities and assets that lead to positive change for youth.

Stories about how opportunity or lack thereof may affect the future of Pittsburgh youth.

It’s a quiet Monday morning and sunshine streams through the windows of Shellie Groom’s preschool class at Pittsburgh Beechwood PreK-5 as her pint-sized pupils choose their first activities of the day.

Some decide to play with blocks, others work with shapes and one chooses time at the sand table. They don’t know it, but their play is not without purpose. It’s aimed at helping the 3- and 4-year-olds learn colors, shapes, letters and numbers.

There’s something else the tots don’t know: Their activities are expected to contribute to a large body of best practices for successful academic and health outcomes for children. Those outcomes will be compiled and shared over much of the next two decades as part of The Pittsburgh Study.

The study, organized and sponsored by UPMC Children’s Hospital of Pittsburgh, aims to follow local children from birth to age 18 to identify what factors contribute to their physical and mental health and successful educational outcomes. 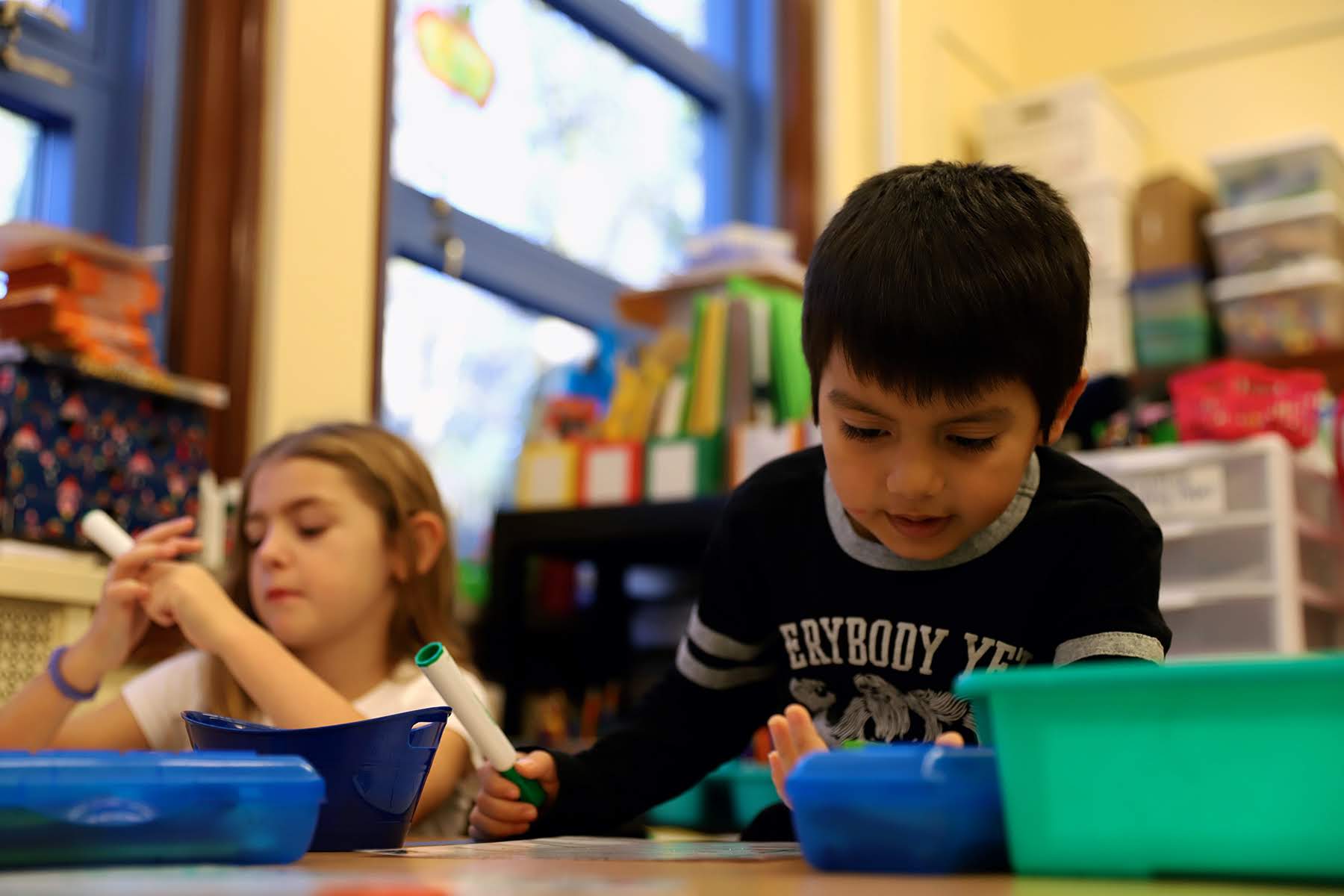 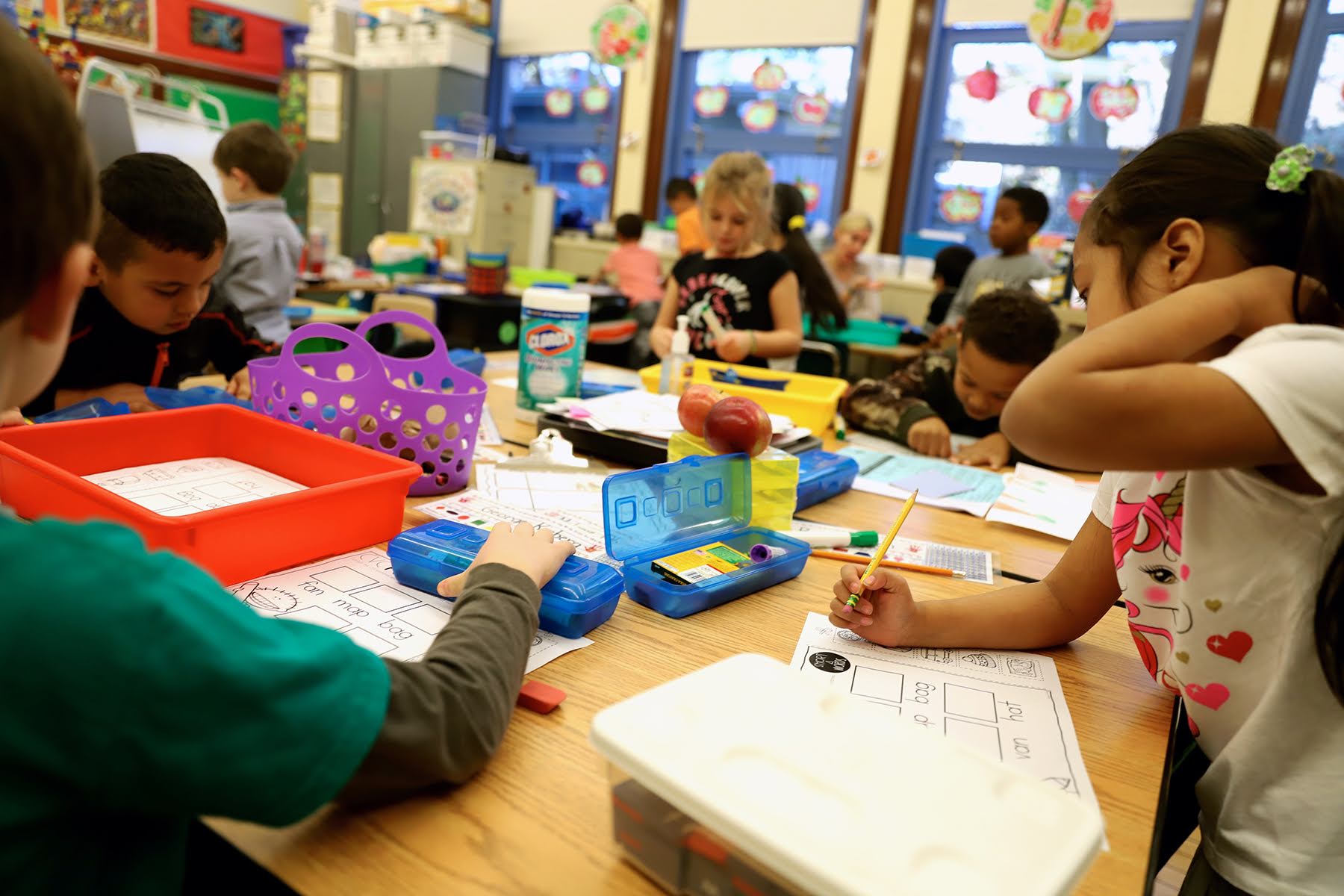 Its organizers say it is currently the largest community-partnered intervention study following children from before birth to adulthood. The Pittsburgh Study aims to recruit between 20,000 and 25,000 children from Southwestern Pennsylvania over the next two decades. Recruitment will start in early 2020.

Among its major focuses are premature birth, infant mortality, asthma prevalence, obesity and weight and violence among youth.

“These are the things that truly truncate the potential of our young people,” said Terence Dermody, chair of the pediatrics department at Children’s. Dermody initiated the study after coming to UPMC Children’s from Vanderbilt Children’s Hospital in 2016.

The study’s tentacles will reach into areas that include finding ways to create racial equity among children, including closing the racial achievement gap and improving literacy among students in Pittsburgh Public Schools. It will combine the expertise of medical professionals, university researchers, social service professionals and community members.

The study is co-directed by Elizabeth Miller, chief of adolescent and young adult medicine at Children’s, and Val Chavis, who is the community mentor for graduating medical students and postdoctoral research scholars at the University of Pittsburgh and former director of the East Hills and Mon Valley Family Support Centers operated by the Urban League of Greater Pittsburgh.

Dermody said pediatricians consider it a victory when a child “achieves their educational milestones, is in good health and thriving and ready to become an adult.”

When recruitment begins early next year, the study will start by forming an early childhood cohort with infants and toddlers through age 4. Other cohorts will follow at various intervals with the expectation that children from all age groups will be enrolled by mid-2021.

Dermody said the factors being explored in The Pittsburgh Study have been covered in other studies but not over such a long period of time with the same kids.

When developing The Pittsburgh Study, the team reviewed other studies such as:

Another major difference is that previous studies on childhood health have been performed to document deficits and risks, but The Pittsburgh Study seeks to document and replicate positives through a practice known as bright-spotting.

Bright-spotting involves identifying factors that lead to positive childhood outcomes in vulnerable neighborhoods or among vulnerable populations where negative outcomes have become the norm, said Kristin Ray, a pediatrician and director of health systems improvements at Children’s Community Pediatrics.

“In the past so much has been focused on the negative. But now, we want to focus on what is called positive deviance,” Ray said.

There is also a planned component that will focus on the health of expectant mothers. 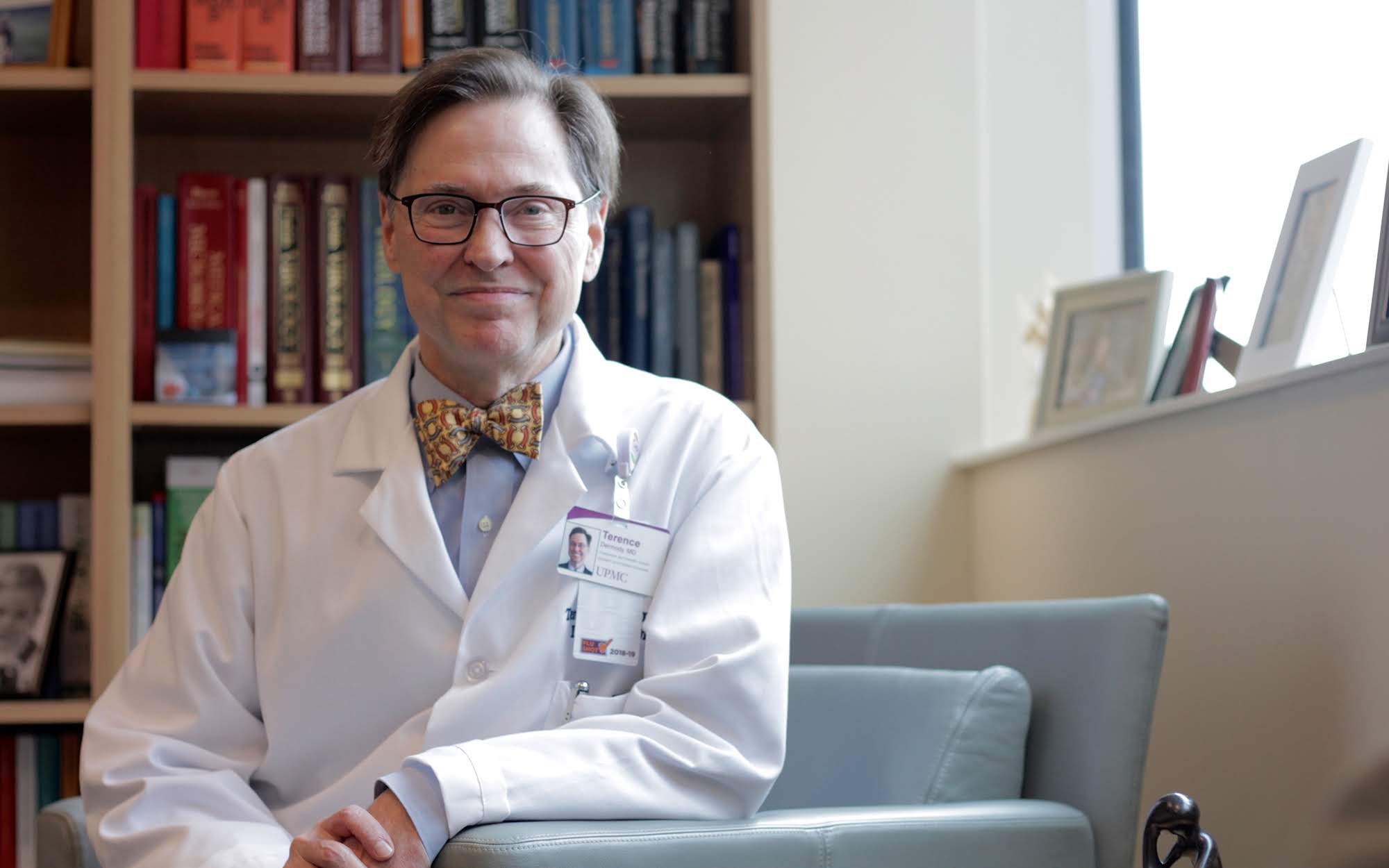 Terence Dermody, chair of the pediatrics department at Children’s Hospital of Pittsburgh. (Photo by Jay Manning/PublicSource)

Dermody was attracted to Pittsburgh from Vanderbilt because of the area’s stable population, a factor that makes it one of the few places where such a longitudinal study could be accomplished, he said. In other more transient cities, it would be difficult, if not impossible, to expect to study the same children over an 18-year span, Dermody said.

“I’m not sure it could be done anywhere else. [Pittsburgh is] a city of the size that one can conceive of a longitudinal study that enrolls a good portion of the population, across the population,” he added.

“We will identify the kind of data that will really help a community.”

A component of the study is data gathering and mapping by the Western Pennsylvania Regional Data Center [WPRDC]. The center is creating a Child Health Data Hub — a map of Southwestern Pennsylvania broken down by neighborhoods, or perhaps smaller segments, that will include numerous data points about child health. The Allegheny County portion of the map is expected to be the most detailed.

“We will identify the kind of data that will really help a community,” said Robert Gradeck, WPRDC project director.

The data points will include publicly available data from county and state agencies as well as data gathered throughout The Pittsburgh Study. Among the data points will be children’s lead exposure, social service use and access to green spaces.

The site is expected to launch publicly in early 2020.

Ray was introduced to the idea of bright-spotting when reading about a study that identified unexpected positive outcomes in health in Appalachia’s 420 counties. The analysis identified 42 counties as “bright spots” because of the “better than expected outcomes” given the resources that existed there.

It prompted Ray to ask: “Where are there outcomes that are better than expected for kids? What can we learn about the strengths and assets and ways in those communities where people have been able to lift up kids’ health?”

She’s currently using the method to study “low acuity emergency room visits” — when children are brought to the emergency room for conditions that could be treated by a primary care physician [PCP]. She’s looking at data from areas that show “structural disadvantage” based on such factors as income levels, household crowding and access to a vehicle. 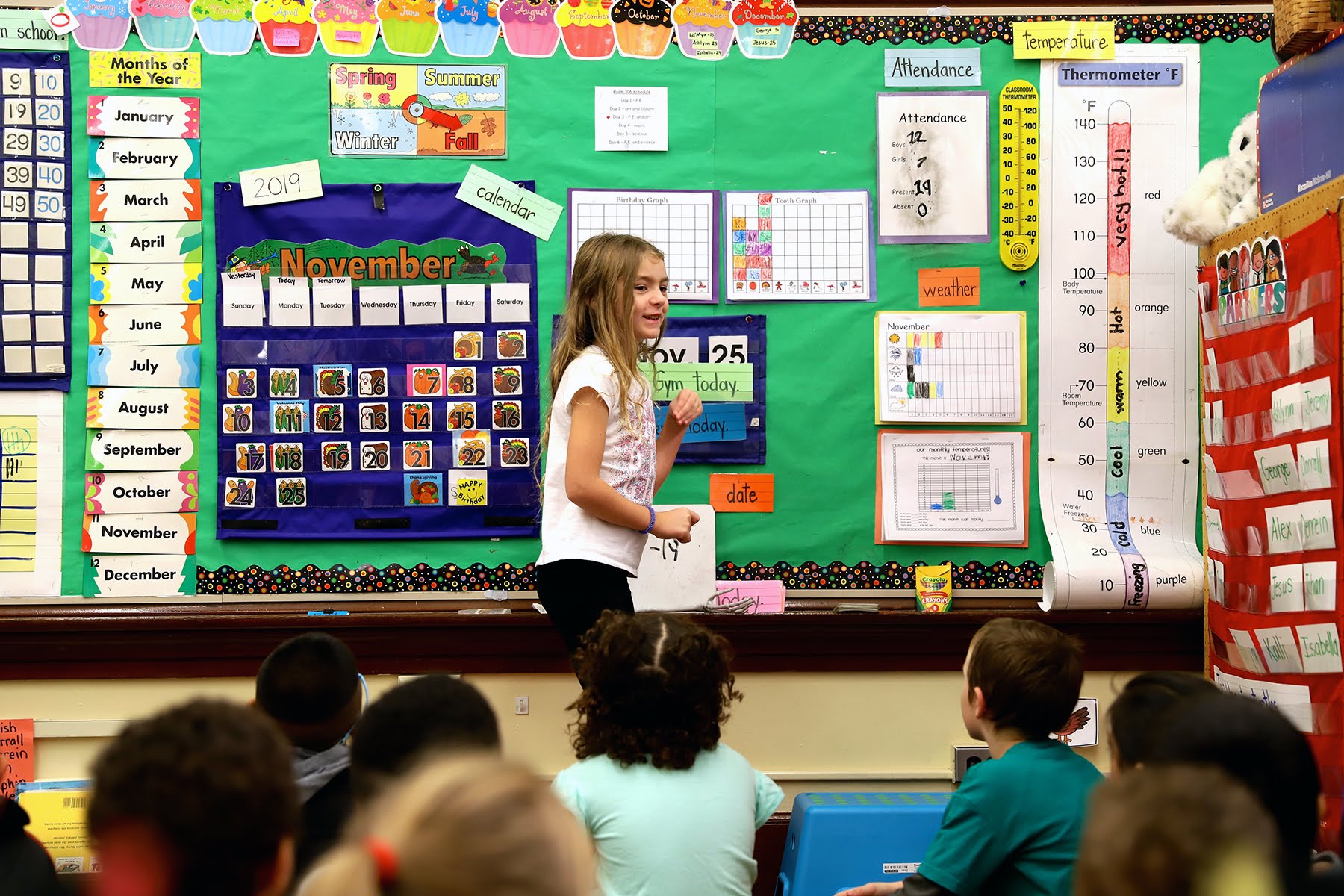 “It’s a symptom of not having access to primary care,” Ray said.

She’s interested to see if it’s also an indicator that children aren’t receiving their childhood immunizations on schedule.

Ray sees families criticized for using hospital emergency rooms for primary care needs. But, she said, the reality is those families don’t have access to a PCP.

“People are making rational choices among what they have. We need to change the system to see different outcomes,” Ray said.

Based on past research, the expectation is that there would be more use of the emergency room for primary care in areas with higher levels of structural disadvantage. But what Ray wants to focus on is the areas that buck that trend — where ER use for children’s minor ailments is not high even though structural disadvantage is.

“People are making rational choices among what they have. We need to change the system to see different outcomes.”

Her research is in the early stages, too early to pinpoint specific neighborhoods or census tracts where this trend is taking place. The research will become part of The Pittsburgh Study overall.

But the ultimate goal is to identify those areas and then dig down into the systems, supports, behaviors and mindsets that exist to find answers for other similar communities.

Bright-spotting may also be used on child health issues such as lead exposure and asthma.

A bright spot on the education front is at Pittsburgh Beechwood PreK-5, which is one of few schools in the city’s district narrowing the achievement gap between Black and white students. The school population is 41% white, 26% Hispanic, 18% Black and 6% Asian, according to the most recent state data.

Principal Sally Rushford said one of the ways staff is closing the gap is by using more lessons in grades K-3 that include play, similar to the methods used by preschool teachers at Beechwood’s Early Childhood Center. 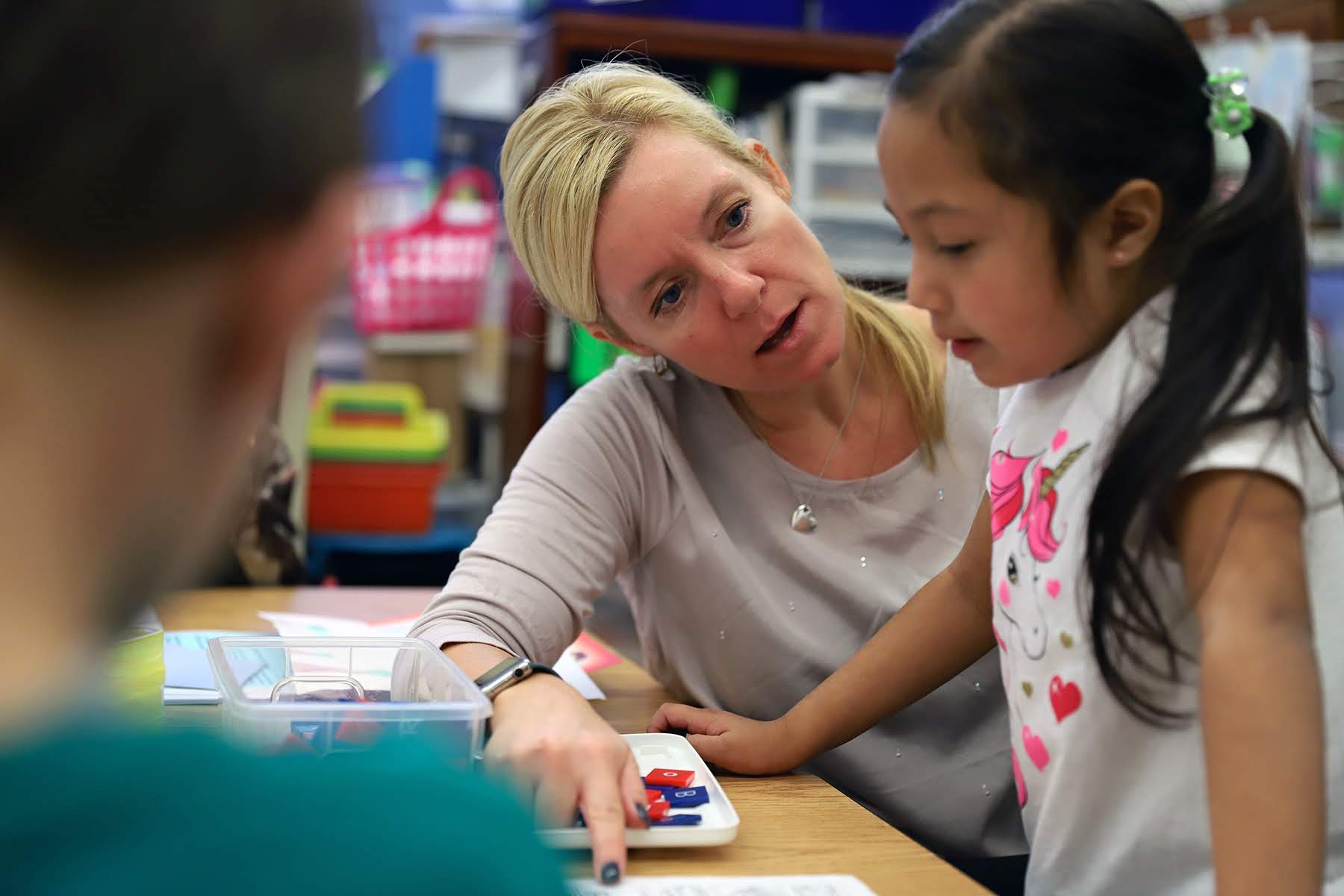 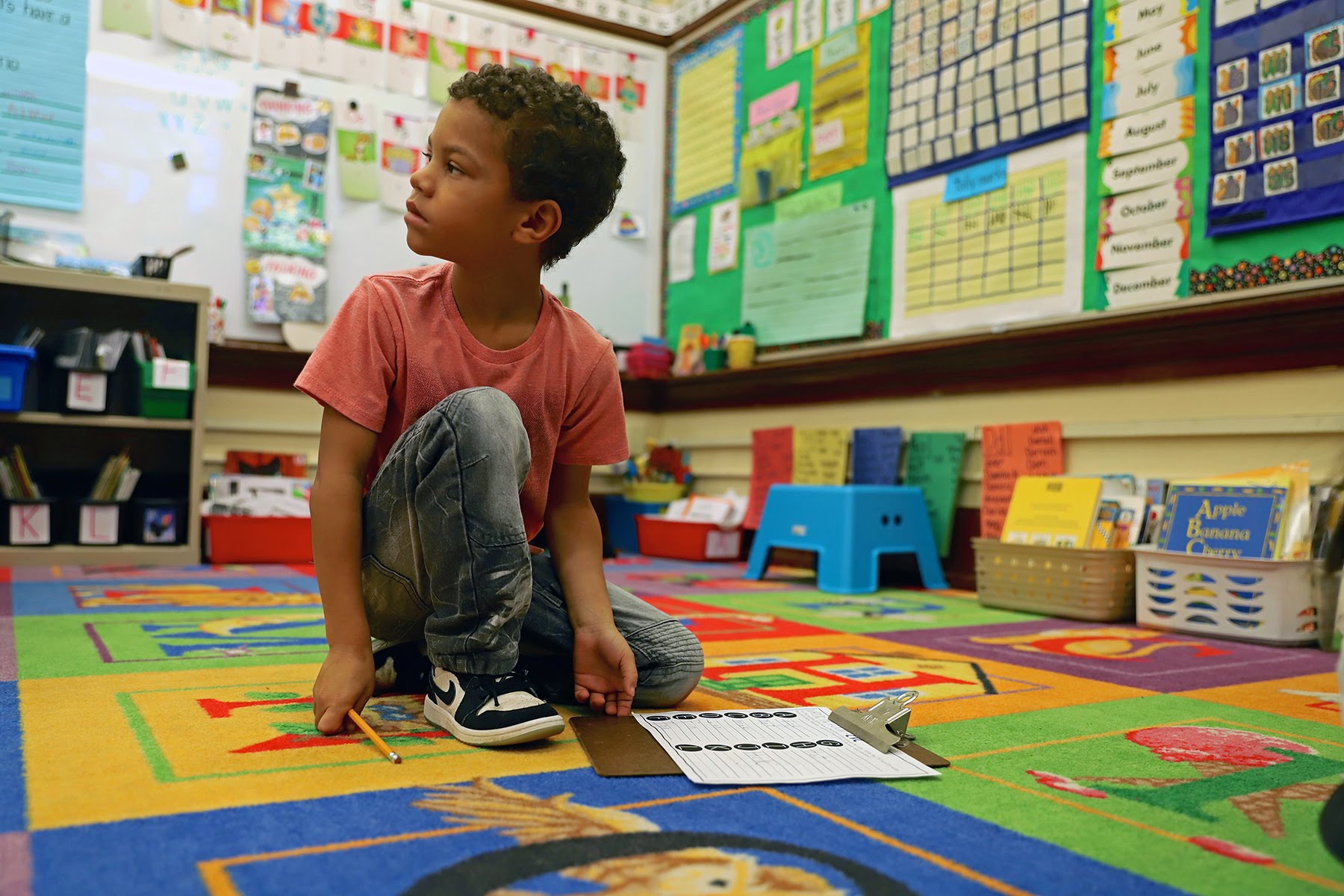 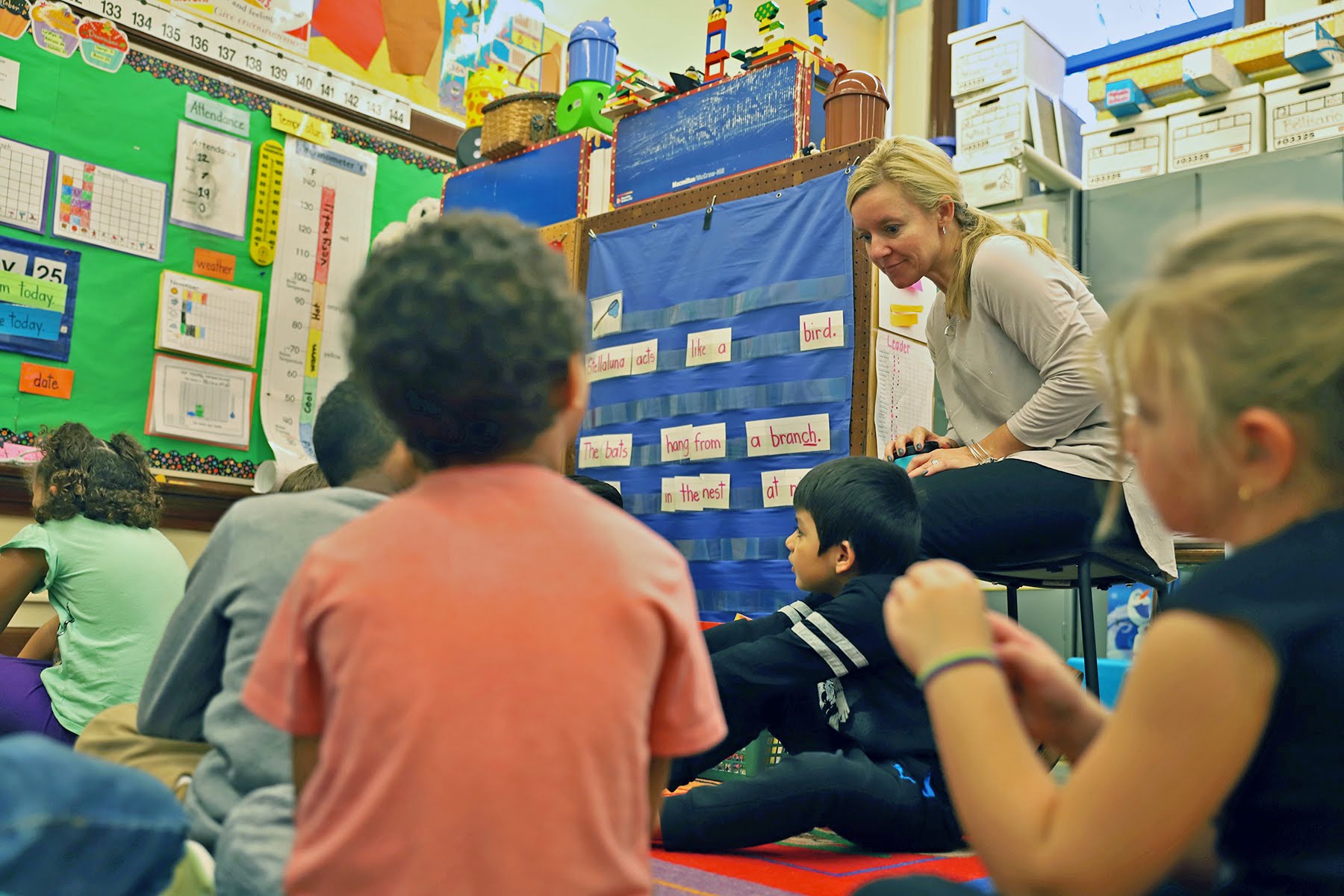 According to Rushford, district-wide achievement data shows virtually no racial skills gaps among students as they are tested upon exit from preschool. The gaps start to appear as students go through the elementary grades.

“The hypothesis is it makes sense to start looking at the early childhood practices that show no achievement gap and move that into the early childhood grades,” Rushford said. The goal is to create a model that can be used throughout the district and elsewhere.

As part of the study, Pitt’s Office of Child Development is working with the Beechwood staff. 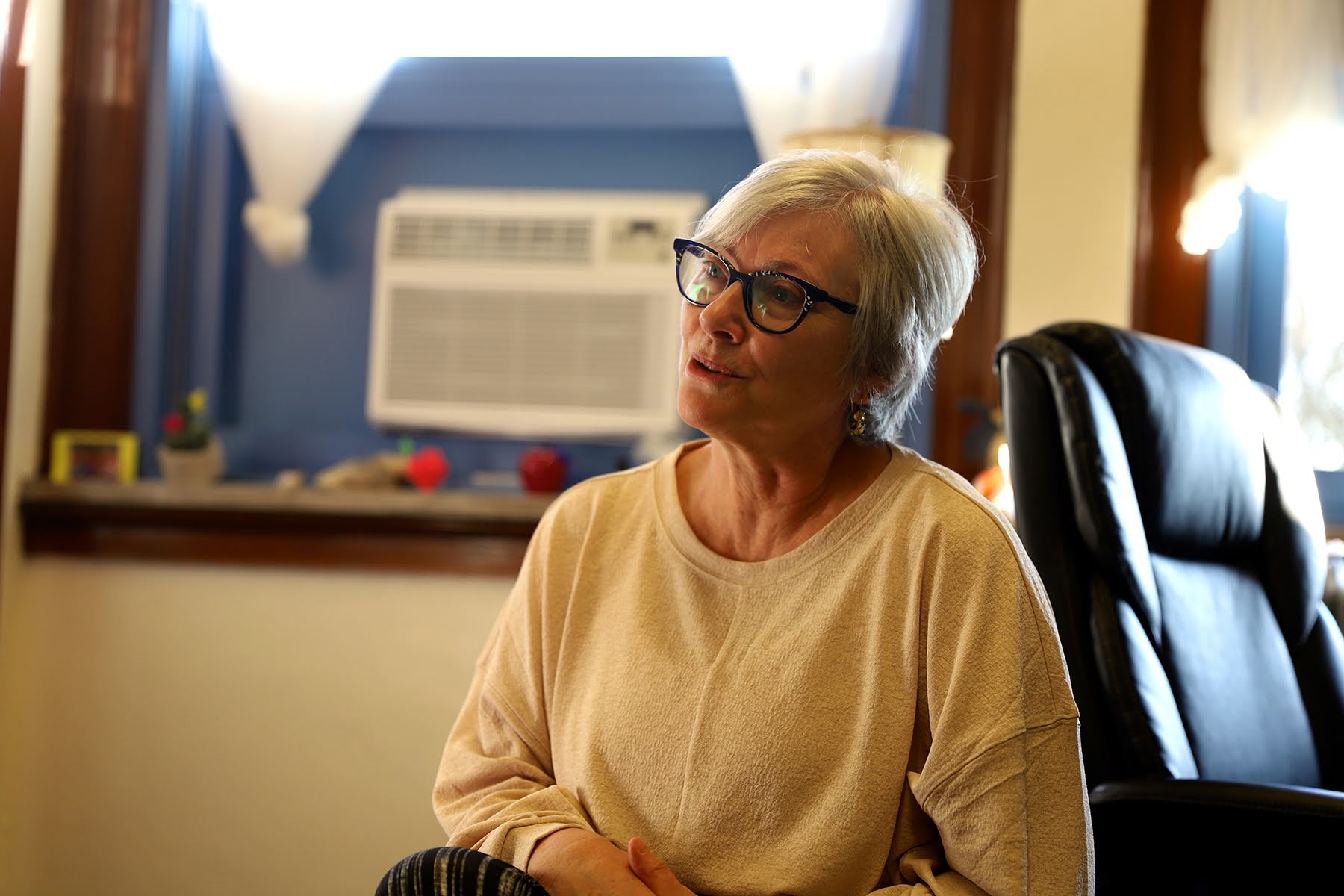 On the same recent morning the preschoolers were learning through play, first-grade students in Kathie Bellisario’s class at Beechwood were doing the same.

Beechwood is also including social and emotional learning techniques and working to use culturally relevant lessons across the curriculum.

In addition to serving as co-director of the study, Miller is leading efforts with the middle school and high school cohorts of the study through programs aimed at preventing violence and providing emotional support to teens and young adults.

“When we do community work, violence prevention comes up frequently” relative to adolescent and young adult groups, Miller said.

Expect Respect, one of the programs, provides social and emotional support for seventh- and eighth-grade students who have witnessed or experienced trauma or violence. Some of the students may be in unhealthy dating relationships, have parents who are incarcerated, be abusing alcohol or drugs, be pregnant or have anger management issues. 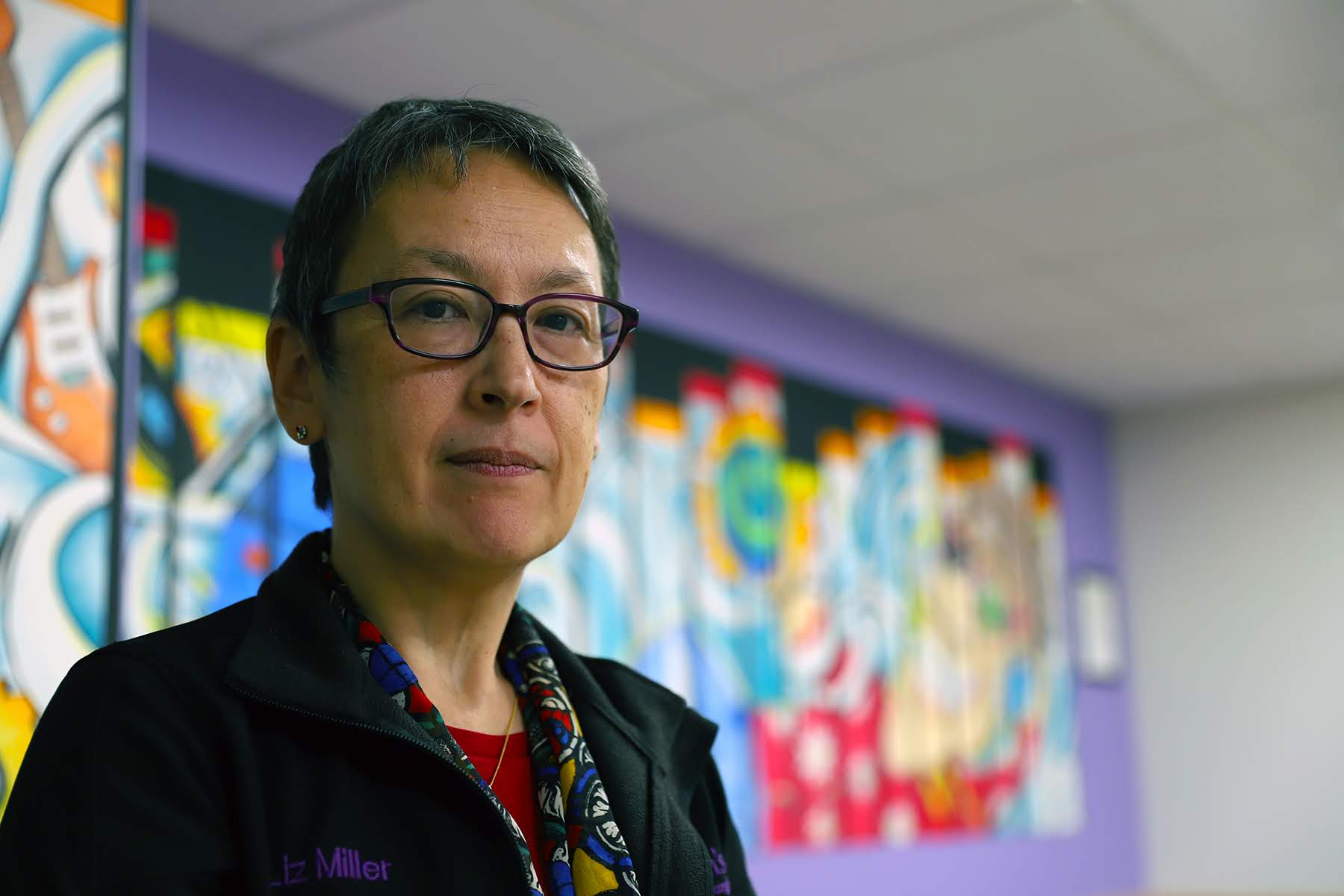 Elizabeth Miller, who is co-directing The Pittsburgh Study, is chief of adolescent and young adult medicine at Children’s Hospital of Pittsburgh. (Photo by Jay Manning/PublicSource)

The program began this school year and is currently operating in 22 middle schools in Allegheny and surrounding counties. Plans call for it to expand in the 2020-2021 school year to 36 schools.

Students attend 24 weekly sessions, grouped by gender, during the school day. Staff from the Center for Victims will work with Pitt’s School of Social Work master’s degree students to lead the groups.

Programs to prevent violence in the community and in sexual and romantic relationships are being offered to students of high school age. The programs are set in 20 disadvantaged Pittsburgh neighborhoods and are offered through churches, libraries, social service agencies and schools.

Miller said one of the components of The Pittsburgh Study that she believes will produce success is the emphasis on listening to people who live in the communities involved. Many of the goals of the study were derived from community meetings and conversations held throughout 2018.

“It involves respecting and honoring the knowledge and wisdom of people who have lived experience … So community members are not just advisers but are in bed with science,” Miller said.

“This is really about thinking across the lifespan and thinking about what gets kids there successfully. Really it’s about the health of our community.”

Mary Niederberger covers education for PublicSource. She can be reached at 412-515-0064 or mary@publicsource.org.

This story was fact-checked by Samuel Marks.

This project has been made possible with the support of The Grable Foundation.